Al-Maliki: The integrity of the elections is an essential point for achieving all goals 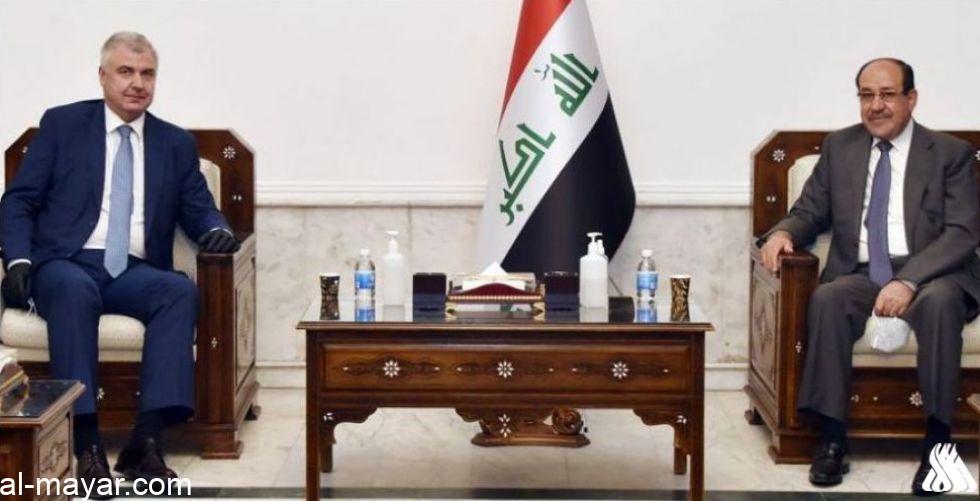 Head of State of Law coalition, Nuri al-Maliki, discussed with the Russian ambassador to Iraq ways of joint cooperation between Baghdad and Moscow.

Al-Maliki's office said in a statement received by the Iraqi News Agency (INA), today, Tuesday, that "the President of the State of Law Coalition received in his office the ambassador of the Russian Federation to Iraq, Maxim Maximov, and during the meeting an exchange of views on issues in the region, and ways of joint cooperation between Iraq and Russia. In order to achieve stability. "

He stressed the need to strengthen bilateral relations between the two friendly countries in various fields, explaining that Iraq is on the verge of early, articulate and important elections, which calls for achieving all the requirements for its success and creating the appropriate atmosphere by conducting it on time, stressing the integrity of the elections as the main point towards achieving all goals.

In turn, the Russian ambassador delivered an official invitation to al-Maliki to visit Moscow, indicating that the head of the State of Law coalition promised to fulfill it soon.

Maximov emphasized Iraq's balanced role in making peace in the region, noting the invitation extended to Iraq to participate in the conference that Russia called for the countries neighboring Syria in the middle of next month, which aims to achieve stability and the return of Syrian refugees.

PFC: The amount of the borrowing will be limited to securing salaries, supplies, medicine and care

Al-Halbousi congratulates Iraqis, all Muslims on the Occasion of the New Hijri Year

N.S.S kills the transporter of the suicide bombers in Al-Tarmia