NIC holds a meeting to discuss revitalizing tourism in the marshes 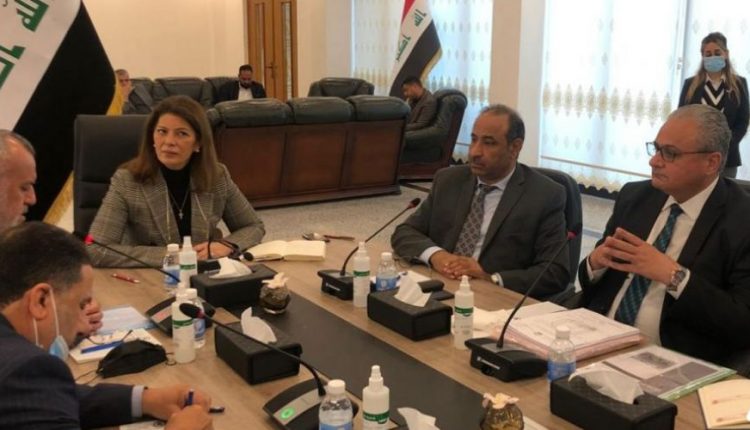 The National Investment Authority held a meeting to discuss revitalizing tourism in the marshes.

A statement by the Ministry of Culture, received by the Iraqi News Agency (INA), stated that "a meeting was held at the headquarters of the National Investment Commission, in the presence of the Minister of Culture, Tourism and Antiquities, Hassan Nadhim, in which a number of issues were discussed, the most important of which is the proposal of projects for investment in the marsh areas."

He added, "It was agreed to form a task force to determine the priorities of projects and study them before approval."

The director of the engineering department at the ministry, Ghaida Ahmed Abdel Karim, proposed the “(Marsh Research Center and Museums) project, the first phase of which ended with demolishing the pillars, as well as the tourist village project in the marshes, and the development and rehabilitation of the cities of Ur and Al-Warka”.

The statement added, "The governor of Maysan, Ali Douai, proposed the (floating hotel) project in the marshlands," indicating that "it was agreed to choose a work team to study projects that have an investment benefit to the region and activate tourism there."

He stated, "The meeting included a review of some problems, including that there are projects that were included in the investment plan for the year 2020 and were not implemented, due to the failure to provide financial allocation due to the financial crisis, and the agreement to finance ongoing projects."

Iraq to Iran: The region must undertake the responsibility to overcome crisis and…

Ministry of Oil: The Qayyarah fire incident did not affect the processing operations