MOI :We will not accept the forced return of the families living in the camps 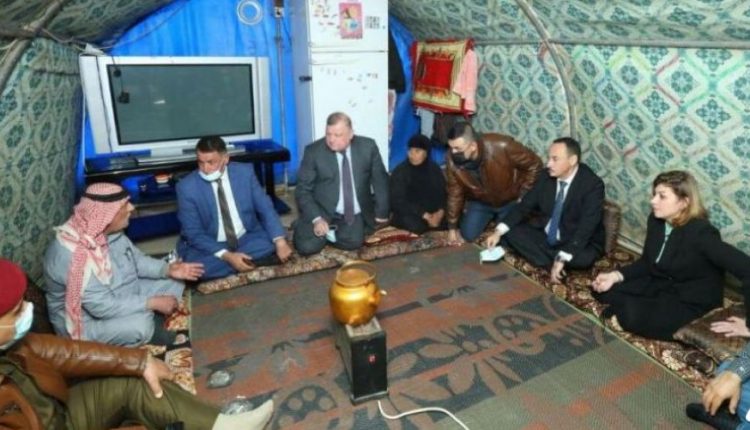 Minister of Immigration and Displacement Evan Faiq Gabbro affirmed that the forced return of families living in the camps would not be accepted.

A statement by the ministry, received by the Iraqi News Agency (INA), stated that "Gabbro confirmed that there will be no forced return of the displaced families, according to the plan prepared by the ministry in cooperation with the security authorities and local governments that were able to facilitate the voluntary and smooth return of more than 66 thousand families."

Jabro called on the partner United Nations organizations to support the government's directives represented by the Ministry of Immigration and the Governorate to "intensify its work outside the camps, and increase its efforts in return areas, by building low-cost homes to benefit from in housing the displaced families whose homes were demolished during the control of ISIS terrorist gangs." As well as providing job opportunities for returnees through income-generating projects. "

And she continued, "The ministry has a plan of action with the commission aimed at curbing the exploitation of the displaced in the camps for political purposes, adding," This file must be dealt with in a purely humanitarian manner, away from the political character. "

Iraq to Iran: The region must undertake the responsibility to overcome crisis and tensions

Iraq to Iran: The region must undertake the responsibility to overcome crisis and…

NIC holds a meeting to discuss revitalizing tourism in the marshes

Ministry of Oil: The Qayyarah fire incident did not affect the processing operations